Schizophrenia is a mental disorder that causes a wide range of clinical abnormalities in many aspects of
personality, such as thinking, emotion, perception, and behavior.

Schizophrenia is known to be associated with an excess of neurotransmitters such as dopamine and serotonin.
These excesses have different effects on brain function activity, which is reflected by changes in brain waves.
Quantitative EEG(QEEG) According to previous studies, in schizophrenia, an abnormal increase in slow waves and
a decrease in alpha waves are shown, and are observed as follows. 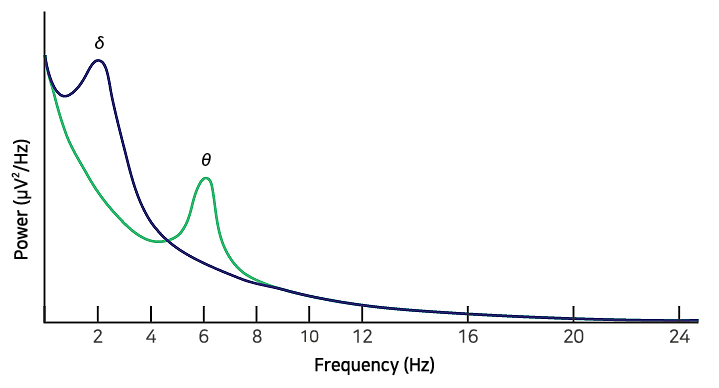 This can be interpreted as being observed due to an imbalance of neurotransmitters.
Measuring QEEG in advance for Schizophrenia can increase the treatment success rate, by determining what
pattern that QEEG has and prescribing individualized drugs with a mechanism in accordance with their
corresponding QEEG.

Participant information
– Age : 56 / Female / Schizophrenia
– There is a delusion that people are all watching you, and hallucinations of hearing people’s minds.

Compared to healthy people, an increase of Theta wave is shown in the frontal lobe. 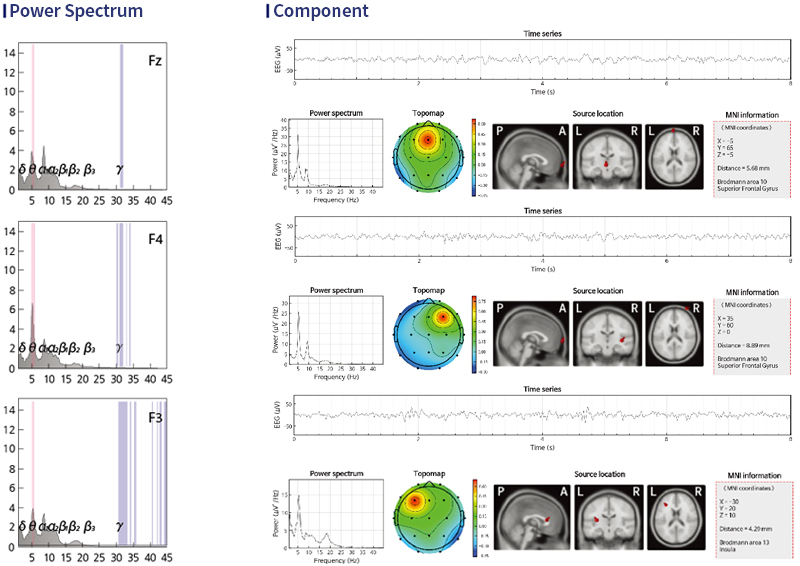 Compared to healthy people, in the Power Spectrum and Component,
Theta wave is commonly observed in the frontal lobe.

Compared to healthy people, an increase of Theta wave and Connectivity were shown in the frontal lobe.