Mild cognitive impairment is an intermediate stage between normal aging and dementia, it shows a decrease in
cognitive function including memory, but the ability to perform daily activities is preserved. It is known that 80% of
patients develop Alzheimer’s dementia disease within 6 years after diagnosis of mild cognitive impairment.

However, even with mild cognitive impairment, there is a difference in the morbidity between Alzheimer MCI, and
None-Alzheimer MCI. This can be distinguished by the Al model based on QEEG learning. 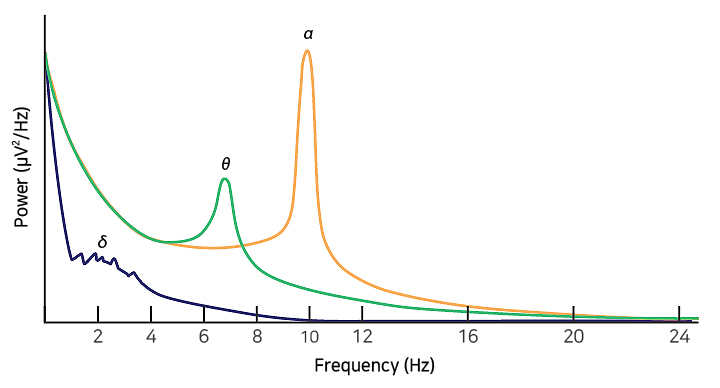 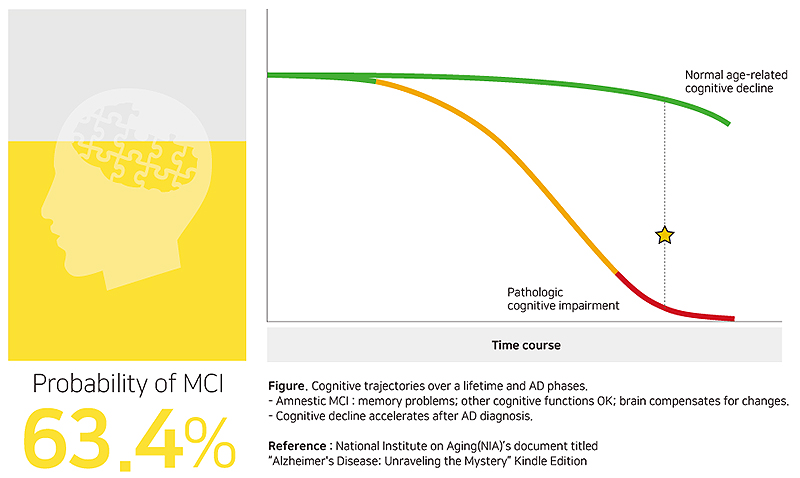 Compared to healthy people, an increase of slow wave
which is theta wave and alpha 1 wave was observed in both
temporal lobes.

Compared to healthy people, beta waves are generally
activated because beta waves generated from the healthy
brain regions, compensate the EEG slowness in the early
stages of mild cognitive impairment. 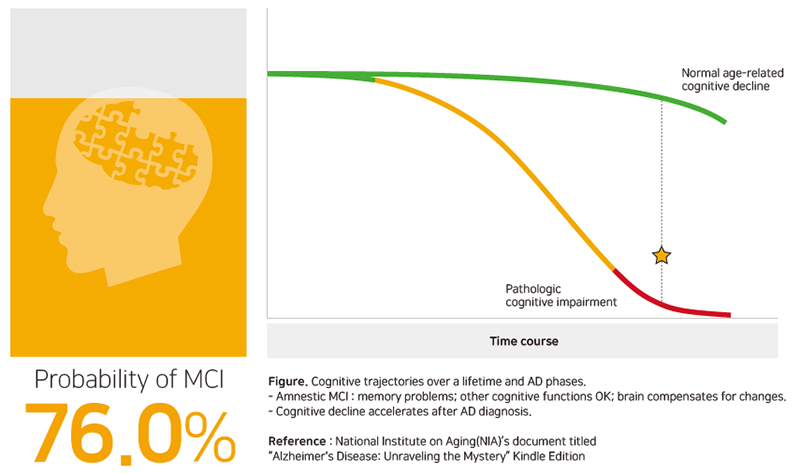 This means that as mild cognitive impairment progresses
EEG slows down, and the compensation effect of
beta waves generated from healthy brain regions decreases,