Alzheimer’s disease dementia is a condition in which severe cognitive impairment caused by Alzheimer’s disease
and deterioration of function to the extent that independent daily life is impossible.
In general, power is reduced in all bands, the alpha rhythm that maintains the brain network at rest is almost lost,
and the theta wave increases as well as the delta wave pattern. 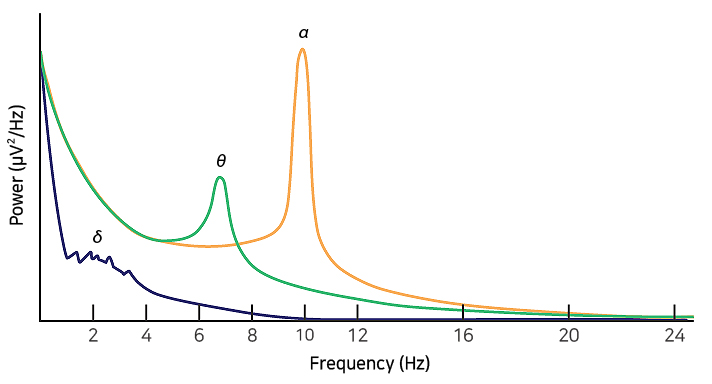 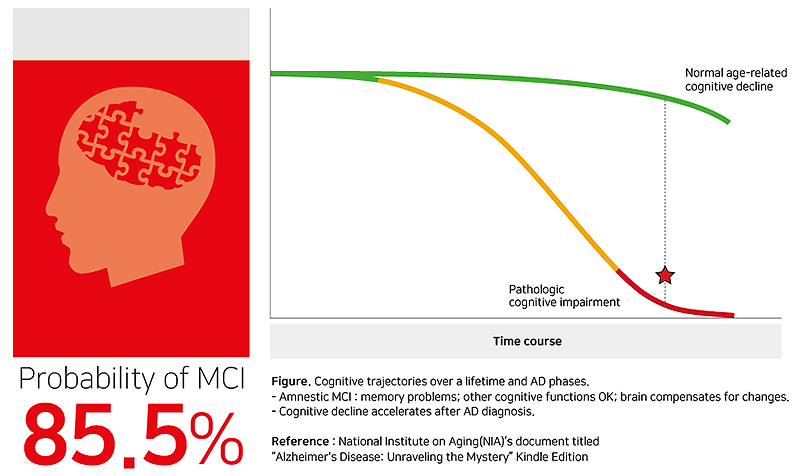 Compared to healthy people, an increase in the slow
wave, theta wave, was observed in both temporal
lobes, and an increase in the slower wave, delta wave,
was observed in all regions. The loss of the alpha
wave, the background rhythm, was observed.
Compared to healthy people, beta waves generally
decrease. This means that as cognitive impairment
progresses EEG slows down, and the compensation
effect of beta waves generated from healthy brain
regions decreases.